MOTDx’s game opens to all – can you beat Jermaine?

Will anyone beat Timbsy’s score in Series 3? 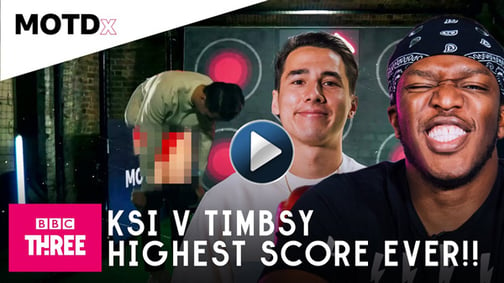 In its first two series, BBC’s Match of the Day Extra (MOTDx) ‘Last Minute Winner’ showcased the football version of our new interactive sports game. It was played by programme host Jermaine Jenas and various celebrity guests, providing great competition and laughs. And our digital wall technology will again feature in Series 3.

Freelance sports presenter and journalist Timbsy joined Jermaine Jenas and co for the second series of MOTDx in March. He greatly upset Jermaine by beating (by some margin) his highest score when competing against British YouTuber and rapper KSI, with a magnificent 164 points. 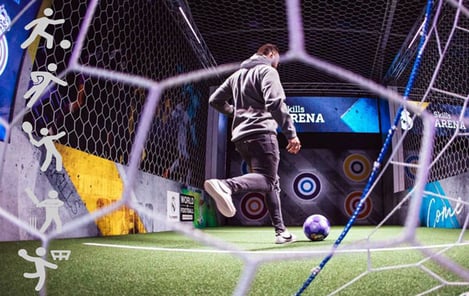 Now you can play too!

Walljam has partnered with Pinntec to deliver its ‘Metrix’ branded flagship venues in conjunction with a major sports federation. A test pop-up venue has just opened in the Westfield Shopping Centre, West London, with the first flagship venue due to open early next year.

Pinntec will also be developing its own Ballnation brand for smaller venues in both the public and private sectors.

Our interactive challenge walls offer multiple sporting options apart from football, including rugby, tennis and basketball, and is being seen as an exciting new way of increasing sporting and activity participation in a fun way, helping them to meet Government targets.

They feature our interactive challenge walls which use sensors and LED technology to deliver the gamification of football and other popular ball sports.

The experience provides 45 minutes of non-stop fun and exercise, enhancing performance, fitness and technique, irrespective of age or ability.

It provides compelling environments which fuse together the physical and digital worlds, enabling Consumers and Brands to come together in an incredibly impactful way. 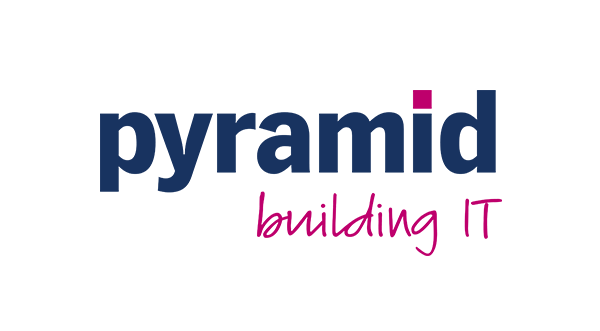